Colmar airport was created by the allied troops at the end of World War II. The decommissioned military terrain was acquired by the Ville de Colmar and then opened for public air traffic (CAP) in 1953 and at that time was assigned solely for light aviation and sports aviation purposes.

Following the work carried out by the Ville de Colmar from 1960 onwards, the aerodrome was classified as class “D” which allowed it to welcome business aircraft, and an operation agreement was signed with the State in June 1966. 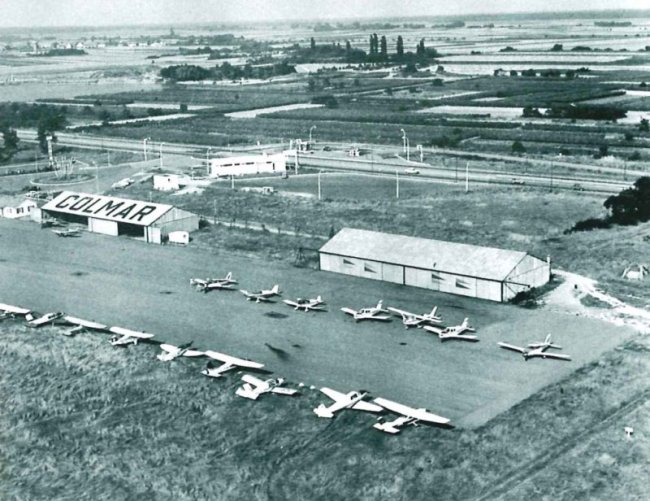 The economic activity of the aerodrome really developed at the start of the 1970s, after it had been assigned to class “C” corresponding to aerodromes designed for short-distance services and for some medium-distance and even long-distance services, or for mainstream tourism. The aerodrome, having a surface area of 115 hectares, was then provided with a 1450 m Tarmac runway with day markings and with a strip of grass measuring 1000 m X 100 m for gliders.

From 1972 to 1978, the aerodrome was equipped with an instrument landing system (ILS) after the runway had been extended to 1610 m and provided with night markings by means of a set of low-intensity transfo lights.

The development of the Colmar-Paris line, which was created in 1974, led to the construction of a reception building with a control tower cab, the creation of new hangers and an enlargement of the aircraft parking area.

In parallel with this, an agreement regarding management of the airport was concluded between the Ville de Colmar and the Colmar Chamber of Trade and Industry in 1976.

Unfortunately the regular Colmar-Paris line, which carried more than 40,000 passengers in 1980, was by 1989 transporting less than 4000 passengers. It was closed in December of that year

In 1990, the obsolete equipment of the aeronautical platform had to be updated. Within the context of a business aviation and tourism aviation development policy, particularly the start of charter flights with 50 to 100 seats, the Colmar Chamber of Trade and Industry in partnership with the State (DGAC), the Région Alsace, the département du Haut-Rhin and the Ville de Colmar set up a multiannual project plan to create two hard-surface aircraft taxiways, to enlarge the aircraft parking area towards the South, and to renew the light markings, the ILS and the electrical power supply. The total amount spent on this programme between 1990 and 1994 was 11 million francs.

The implementation of a first phase of these works allowed Colmar-Houssen to welcome Air France and Air Inter flights during repair of the runways at Strasbourg airport in 1991. The airport was able to adapt to receive more than 32,000 passengers in 22 days.

The agreement between the Ville de Colmar and the State and also the management treaty between the Ville and the Chamber of Trade and Industry of Colmar and Centre-Alsace (CCICCA) were also renewed in 1991. This meant that the CCICCA would be responsible for the aeronautical development of the Colmar platform until June 2011.

The high-intensity ground markings and new-generation landing instruments and also the equipment in the control tower that had been updated by the State were inaugurated in 1994.

In 1997, the aerodrome was thus declared open for the landing of category 1 aircraft. The approach ramp to the North of the runway which was to complete and improve the installations was not finished until 1998 due to difficulties encountered in preparing the terrain. The provision of access to the North of Colmar by creating a roundabout on the RN83 at the airport was to allow better road access to the existing installations and also to the planned development zone to the North of the terrain, the last space available after the amputation of approximately 10 hectares to the South-East of the aerodrome.

Faced with the risk of closure of the terrain and strong opposition from those involved and the socio-economic world at large, several management agreements of fixed duration were put in place, on the one hand between the Ville de Colmar and the Chamber of Trade and Industry (CCI) until 31 December 2005, and on the other hand with the Société d’Exploitation de l’Aéroport de Colmar (SEAC) from 1 February 2006 to 31 December 2006.

Finally, after dividing the terrain to provide zones of economic activity, the Ville de Colmar intends to keep the terrain until an alternative solution approved by Liebherr is found and implemented.

A management agreement with effect from 1 January 2007 has been signed with the Société de l’Aéroport de Colmar. 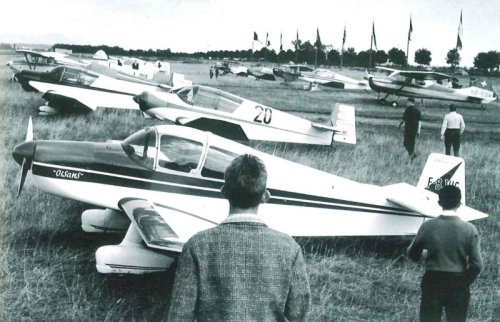